Posted at 06:53h in Nutrition And Immune System by feral 0 Comments
Share

POOR NUTRITION AND THE IMMUNE SYSTEM

Our modern societies depend upon us living in teeming cities where there is little room, time, nor inclination for growing our own food.  For most of modern mankind, the agrarian life-style, dependent upon owning, cultivating, and harvesting a piece of land for our own sustenance, is a thing of the past.  Thus, there is a high demand for “fast food,” ready-made meals, meals to go, mass-produced food products, all of which require a great deal of processing and refining of the original food stuffs, resulting in the inevitable destruction and/or removal of much of their original nutritional content.
The food industry’s practice of adding some of the essential vitamins and minerals back into the refined, denatured products does not fix the problem, because the vital nutritional complex of the original food items is only available in their more raw, unprocessed state.  Adding individual vitamins and minerals back cannot make up for the overall loss of the original nutritional complex.  Besides, there is a great deal of wariness in the health industry over the bioavailability and, thus, the true nutritional value of chemically-produced vitamins and minerals that are added back into the products.
Modern monolithic farming practices depend upon the use of chemicals and toxic materials in fertilizers and pesticides, much of which is unavoidably absorbed into the produce that is sent out to the markets and, eventually, that we eat.
Since the 1990’s, genetically modified plants and animal products have been introduced world –wide.  The proponents of these transgenic plants and animals argue that they have been engineered to possess several desirable traits, including resistance to pests, herbicides, or harsh environmental conditions; improved product shelf life, and increased nutritional value.  There is a raging debate over the safety of GMO (genetically modified organism) or GEO (genetically engineered organism) products.  Opponents vehemently argue over the unknown and unforeseen potential dangers of introducing so quickly new strains and varieties of plant and animal life, as well as engineering into these new forms of life particular traits that may backfire in their seemingly beneficial and benign properties.

In general, the health industry is steering people away from consuming such products, due to unforeseen health issues that could arise.  The health industry is also lobbying congress to pass legislation requiring that all GMO food stuffs be clearly labeled as such and that the farming of GMO crops be carefully contained so as not to contaminate surrounding non-GMO crops.
Due to over-use of the limited farm land being cultivated, over the last 100 years, since the advent of modern farming practices, the soil has been increasingly more compromised through massive depletion of minerals and other nutritive elements.

Depleted soils require the application of even greater amounts of chemically-bearing fertilizers and harsher pesticides to protect the plants.  The result is, in spite of all our best efforts and intentions, produce that not only is more contaminated with toxins, but that also contains less nutrition.

There are, to be sure, many additional points that have been brought out in the literature on this subject, but the points above sufficiently clarify the reasons for the sad world-wide state of affairs in nutrition and immune system health.  In my next article, I will be discussing what each one of us can proactively do to ensure that we are getting proper nutrition from our diets, in spite of the current situation, and, thus, reinforce and strengthen our immune systems to prevent and overcome disease and rebuild our bodies.

Now, here’s an interesting video about how “Stressors” accumulate and creates illness.

HOW ILLNESS RESULTS FROM “STRESSORS!”

Total Load Theory How Stressors Accumulate, Resulting in Illness with Patty Lemer , M.Ed., NCC, MS Bus part of Hawthorn University’s Free Learning Webinars Every human body, like a bridge, has an individual load limit, and can handle only a certain number of stressors before collapsing. From conception, the accumulation of chemicals, heavy metals, sensory assaults or deprivation, poor nutrition, and immune system stressors can produce a dangerous overload that puts us and our children at risk for health and developmental problems.

Prevention as the ultimate goal Patricia S. Lemer, M. Ed., NCC, MS Bus. is a co-founder and the Executive Director of Developmental Delay Resources (DDR), (www.devdelay.org) an international, non-profit organization integrating conventional and holistic approaches for children with developmental delays. She holds a Masters of Education in counseling and learning disabilities from Boston College and a Masters in Business from Johns Hopkins University.

Ms. Lemer is a National Certified Counselor, and practiced as an educational diagnostician for over 30 years. Ms. Lemer lectures internationally on viewing developmental delays, including autism, PDD, AD(H)D .
Video Rating: 0 / 5 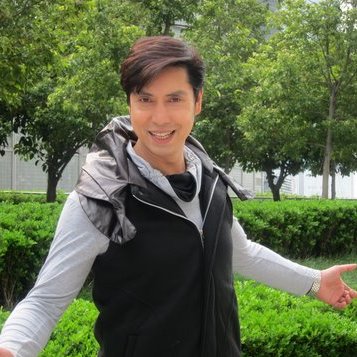